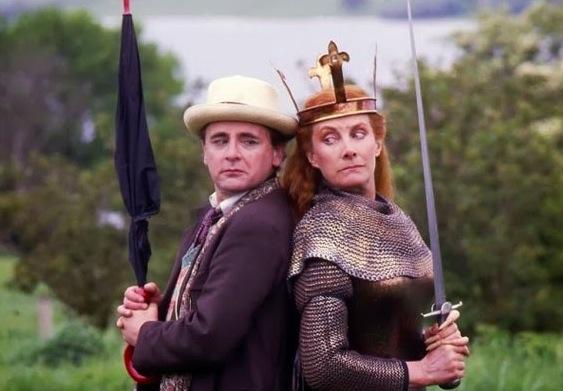 One of the final stories from original era Who, Battlefield is an effects heavy slice of King Arthur mythology given an alternate dimensional twist.

As the 4 parter opens, the Doctor (played by Sylvester McCoy) and Ace (Sophie Aldred) land the TARDIS in the village of Carbury after locking on to a distress signal. It isn’t too long before the Doctor realises that something is seriously amiss, especially when a bunch of UNIT troops get caught up in a battle with a group of knights who have arrived from another dimension. In fact so great is the trouble that the Doctor decides that Brigadier Lethbridge-Stewart (played by Nicholas Courtney) needs to emerge out of his retirement. The Doctor discovers that the evil Queen Morgaine (Jean Marsh clearly relishing the role) and thinking that her evil henchmen – a demon known as The Destroyer is the one to achieve it.