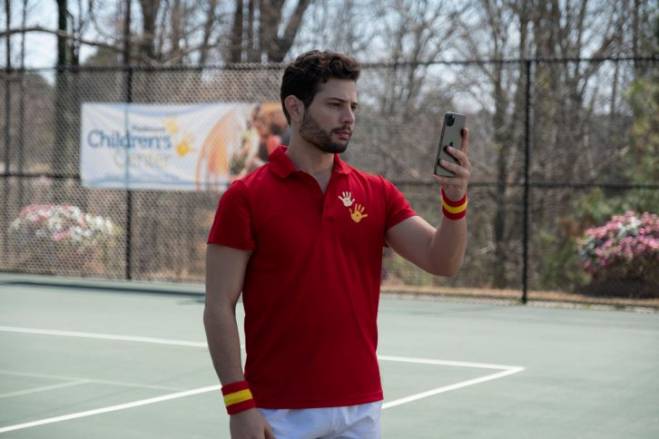 A Public Forum for Her Lies: A Fallon (Elizabeth Gillies) prepares for her impending IPO, she reluctantly turns to Blake (Grant Show) for help. Anders (Alan Dale) confronts Alexis (Elaine Hendrix) and about her machinations and Anders regales her with his plans for retaliation.

This new version of the original ABC hit series from the 1980's. Dynasty follows two of America's wealthiest families, the Carringtons and the Colbys, as they feud for control over their fortune and their children. The series will be told primarily through the perspectives of two women at odds: Fallon Carrington — daughter of billionaire Blake Carrington — and her soon-to-be stepmother, Cristal — a Hispanic woman marrying into this WASP family and America's most powerful class.