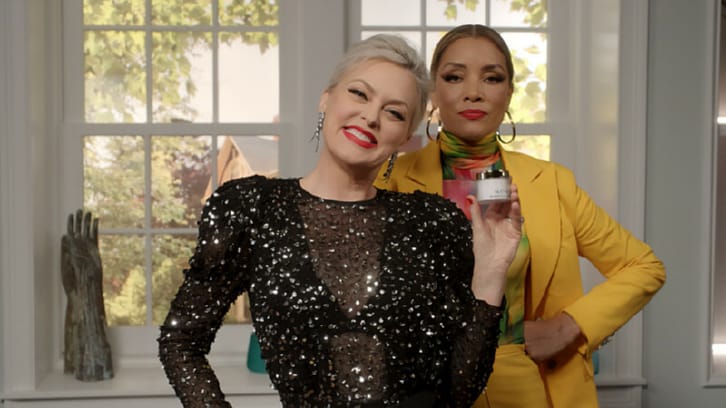 My Family, My Blood: Fallon (Elizabeth Gillies) and Blake (Grant Show) come up with a plan to beat Ben (guest star Brett Tucker) and Cristal (Daniela Alonso) strongly advises against it. Dominique (Michael Michele) works hard to keep herself out of the family drama, no matter how much Ben tries to drag her in.

Meanwhile, Adam (Sam Underwood) continues to push Alexis (Elaine Hendrix) to let him on her FSN show to promote his newest medical find. Sam (Rafael de la Fuente) tries to set up Culhane (Robert C. Riley), and he wants no part of it. Alexis seems to have a major change of heart.

This new version of the original ABC hit series from the 1980’s. Dynasty follows two of America’s wealthiest families, the Carringtons and the Colbys, as they feud for control over their fortune and their children. The series will be told primarily through the perspectives of two women at odds: Fallon Carrington — daughter of billionaire Blake Carrington — and her soon-to-be stepmother, Cristal — a Hispanic woman marrying into this WASP family and America’s most powerful class.