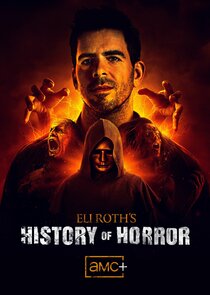 Infections: There were two kinds of people in 2020 and 2021: those who watched movies about infectious diseases, and those who did not. Horror fans tend to fall into the first category, because that’s a major appeal of the genre: it is both a cathartic release for our worst fears (things are bad, but it could be worse – look what happened to Gwyneth Paltrow in Contagion) and a way of rehearsing for real-life nightmares.

This episode covers the spectrum of frightening infection scenarios, ranging from reality-based films (Outbreak, Contagion and 12 Monkeys) to surreal plagues (Shivers, Rabid and The Masque of the Red Death), horrific zombie outbreaks ([REC] and Pontypool) to space-born pathogens (The Andromeda Strain and Color Out of Space).

Our fear of infection runs deep. But as these films and real life show us, so does the human capacity for survival.