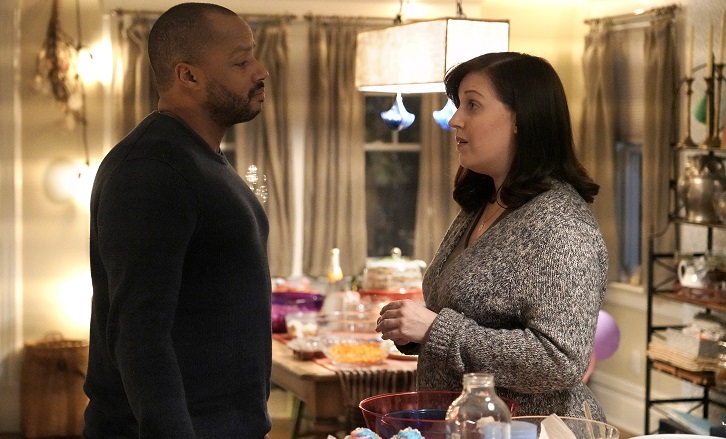 Where You Belong: Jo and Chris must evade the FBI as they investigate an elusive group of cyber terrorists. Ed’s presented with a cancer treatment that seems too good to be true, and a mysterious woman’s attempt to reach Piper puts the entire Evans family in danger on the stunning winter finale.

Written by Kendra Chanae Chapman and directed by Paul McGuigan.

Insanely Haunted Hospital in Michigan and More: Ghostly patients terrorize a team of paranormal investigators in an abandoned asylum; a...

Finger Lickin’ Good: Roback, Davis, and Petrocelli make their way back to base through treacherous desert. Roback makes a grand...

All I Got: Gary and Andi find themselves as odds again when Gary’s secrets are revealed; Karen struggles with Aaron’s...

Hidden Secrets: Barry continues to distance himself from Sharon in the midst of family chaos. Airdate: Wednesday 22 January 2020...

The Suburban House: Part 1: Mike and Mike Jr. officially decide to go into business together, and to start things...

Hammer, Hammer, Pedal, Pedal: A family of cycling enthusiasts has made the choice to have their house renovated so it...

The Spanish Conquistador Sword: Four smiths are faced with recreating the WWII Special Forces Smatchet knife. A knife famous for...