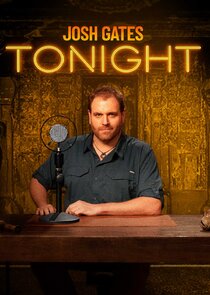 Aliens of the Deep: Jess and Phil investigate mysterious, supersonic UFOs, which were captured in declassified video recordings by the U.S. Navy, near the waters off Santa Catalina, one of Californias Channel Islands, which lies southwest of Los Angeles.

Gates has spent his career traversing the globe investigating history's greatest legends and mysteries. Now, during this unprecedented time, Gates is still exploring the world while staying Safer at Home and he's bringing viewers along for the journey. Gates shares updates and unseen footage of his explorations across the globe. He'll also be joined every week by a recognizable face as he continues to bring the world to you.