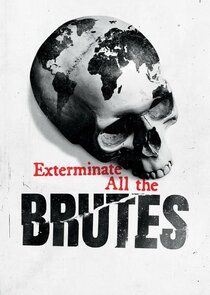 In the series premiere, "The Disturbing Confidence of Ignorance," filmmaker Raoul Peck sets out to illuminate the intertwined currents of hate and bigotry running through history. Focusing on the United States' legacy as a colonial power, Peck explores how race first became institutionalized, the Nazi program of "elimination" and its antecedents in the West, and the looting of the African continent in a "gentlemen's agreement.".

Exterminate All the Brutes pushes the boundaries of traditional documentary filmmaking, offering an expansive exploration of the exploitative and genocidal aspects of European colonialism. From America to Africa, Raoul Peck deconstructs the making and masking of history through a personal voyage into some of the darkest hours of humanity.