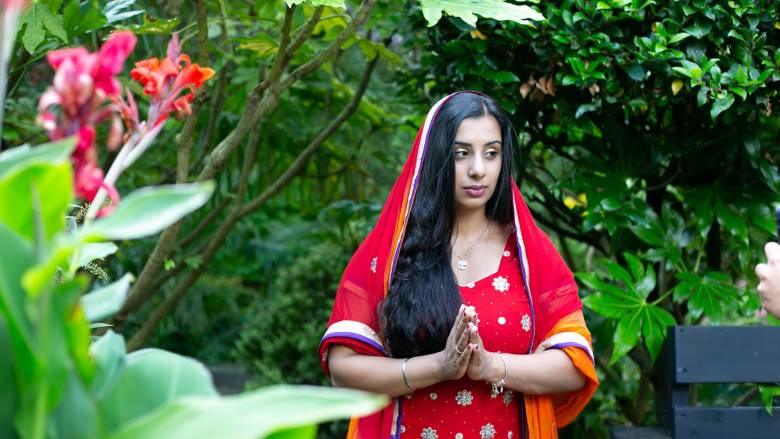 Amar is a self-taught artist known for portraying hip hop stars as royalty in his paintings. He doesn’t follow the rules, and this masterpiece won’t be any different. Amar meets the mother of the powerlifter, who was denied the same athletic opportunities, and the powerlifter’s father/trainer, who is pleased that his daughter is breaking both stereotypes and records.

Amar Stewart explores his own heritage as he paints Karenjeet, who summons the power of her ancestors to gain strength before she competes, smashing through gender stereotypes in the Asian community and celebrating her Sikh faith.