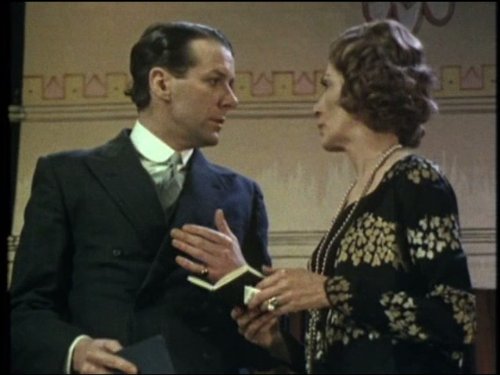 The Actor and the Alibi: A theatrical manager is found stabbed to death in a locked room. Everyone in the company has an alibi, but Father Brown is determined to find the guilty party.