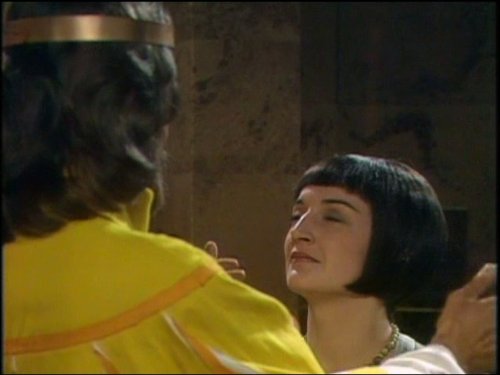 The Eye of Apollo: A self-styled “priest of Apollo” persuades a follower to alter her will, then she falls down a lift shaft and dies. Father Brown suspects murder.