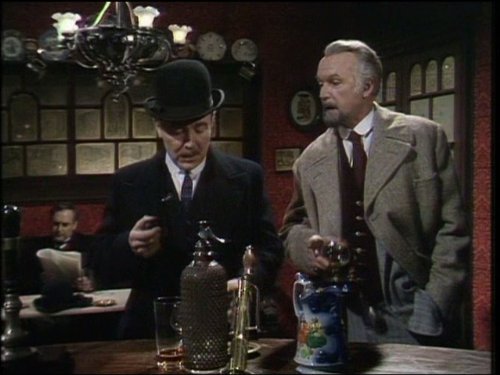 The Mirror of the Magistrate: A controversial magistrate is shot and killed. A suspect is brought to trial, but Father Brown believes a broken mirror establishes the truly guilty party.