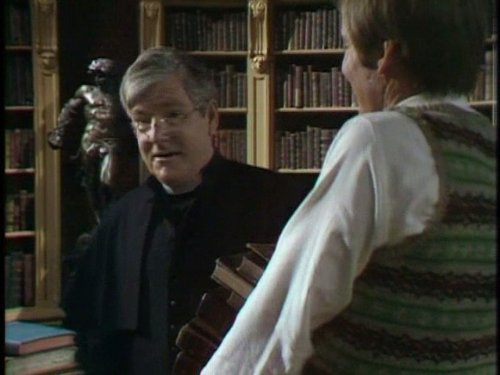 The Oracle of the Dog: Father Brown is staying as the guest of a retired colonel when his host is found dead, stabbed with a narrow blade, but no murder weapon. The police inspector gathers all the suspects together, but Father Brown has the answer.