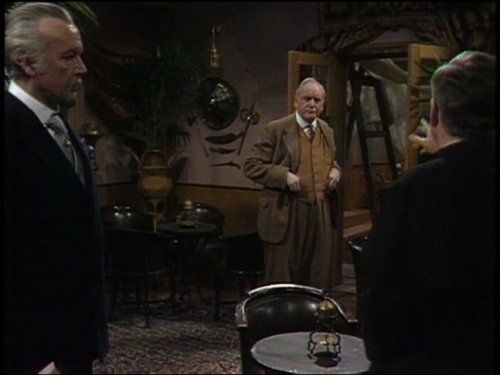 The Quick One: Father Brown is staying at a country hotel and finds an eccentric stabbed through the heart in the hotel bar. Suspicion falls on a goup of travelling salesmen.