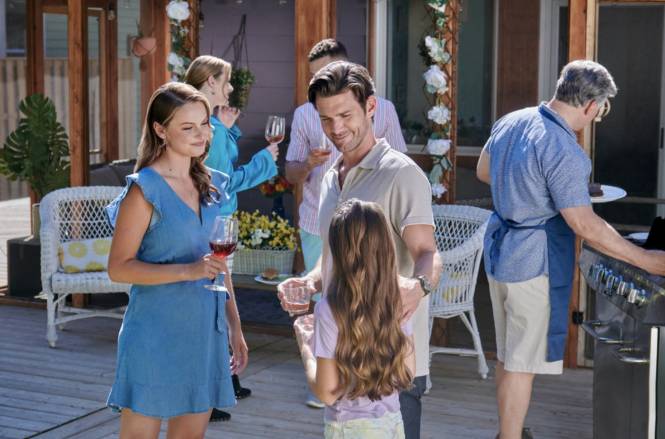 Emily Mariposa (Wallace) is a lepidopterist – the scientific name for a butterfly expert – who runs Butterflies, Inc., a booming business that releases butterflies at weddings and special events.

Garrett Thorson (McGarry), a handsome, single, widowed father, hires Emily for his daughter Amanda’s (Alyssa Gervasi, “The Umbrella Academy”) birthday party, where the three make a connection. Emily gets the opportunity of a lifetime when a well-known – but demanding – socialite wants to hire her to release 1,500 butterflies at her upcoming wedding.

It’s a tall order but if she pulls it off, Emily would get invaluable exposure for her business. She agrees to take it on and Garrett and Amanda happily offer to lend a hand. Emily’s feelings for Garrett grow but his potential move to New York, and the return of his ex-girlfriend, leave her questioning if they have a future together. Meanwhile, a parasite threatens the caterpillars they’re so carefully nurturing for release at the wedding. But with the support of Garrett and Amanda, Feeling Butterflies, Inc. just may take flight…with love in the air.