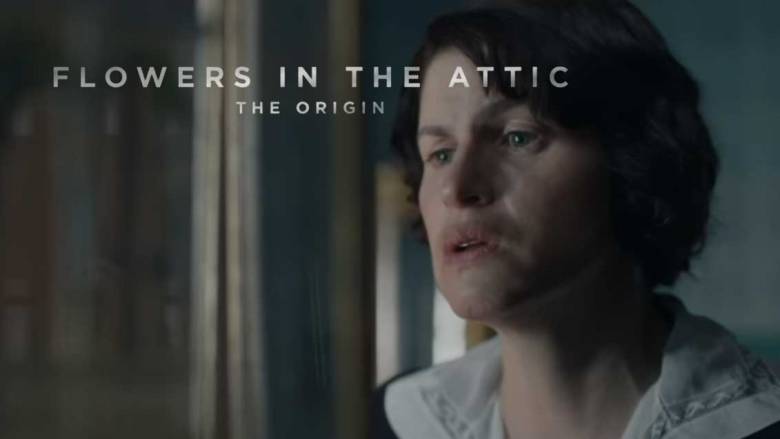 Part 2: The Mother – She is devoted to providing Olivia and Malcolm with a happy and secure childhood at any cost as their family expands in unexpected and troubling ways. Her fight against the evils of Foxworth Hall, however, is in vain, and their relationship is further strained by her husband’s sick obsession with a family secret.

Flowers in the Attic: The Origin tells the story of the headstrong and determined Olivia Winfield who is working alongside her beloved father, Mr. Winfield, when she finds herself unexpectedly wooed by one of the nation’s most eligible bachelors, Malcolm Foxworth. After a whirlwind romance, Olivia finds herself as the mistress of the imposing Foxworth Hall, where she soon discovers that the fairytale life she expected has quickly become a nightmare. Under Malcolm’s debonair exterior lies a dark heart, and a twisted evil lurks inside Foxworth Hall that will threaten Olivia’s happiness and that of her children. Her attempts to keep them all safe ultimately push Olivia to become to most terrifying version of herself, leading to her inevitable – and notorious – decision to lock her grandchildren in the attic… It is a limited series and a prequel to Lifetime’s Flowers in the Attic.