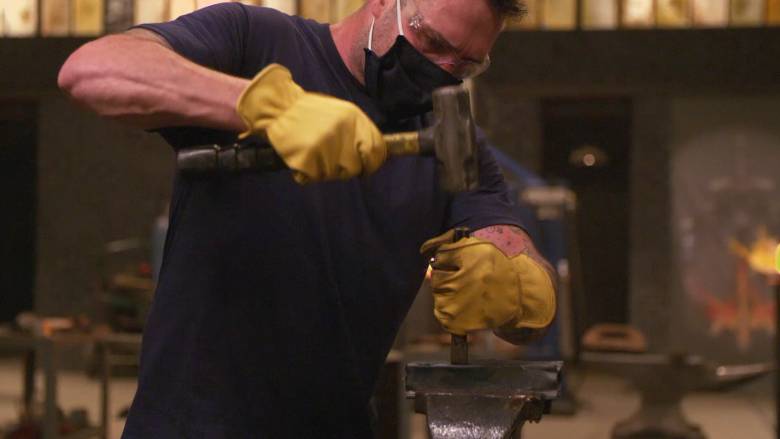 Beat the Unbeaten: Broken Blade Revenge: Competitor turned Judge Ben Abbott remains undefeated in the forge, but that could all change. In part three of five episodes, three smiths who suffered broken blades at the hand of Ben Abbott hope to rewrite history in a single 5-hour round. Their blades will then be put through an intense round of testing where only one smith will earn the opportunity to face Ben Abbott and seek their revenge. After a grueling 8-hours and another round of tests, the judges will decide if this smith has what it takes to beat, Ben to win $10,000.