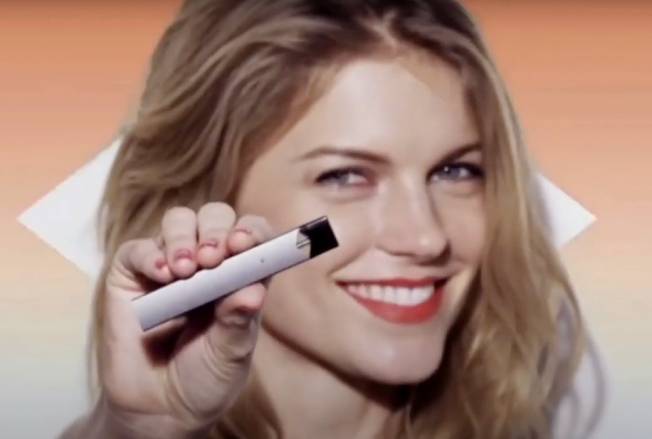 “It’s the last thing you do before you go to sleep. It’s the first thing you do when you wake up. Sometimes you wake up a couple times during the night to hit it and then go back to sleep. Like it’s totally got a hold of you and it’s the only thing you think about.” Teenage vaper

Vaping is a multi-billion-dollar global industry that is rapidly growing in popularity amongst teenagers and young adults.

Vaping was hailed as the new way to quit smoking but there are serious concerns the product is now causing nicotine addiction in teenagers.

“I was really fearful for her health. I felt really angry that this product existed, that seemed almost designed to appeal to kids. And now she couldn’t stop it. It was a horrible feeling.” Mother of teenage vaper

On Monday, Four Corners investigates the explosion in vaping amongst teenagers and the booming black market which is thriving in Australia due to a failure to police the rules.

“You can buy them from convenience stores. And there’s also kids and young adults who buy them overseas in bulk, and then sell them. Like you go on your phone, you’re like, “Can I pick up a vape?” And they’re like, “20 minutes.” And you just meet them somewhere and they just hand it to you.” Teenage vape

Reporter Grace Tobin tracks down some of the suppliers who are illegally selling nicotine vapes either online or under the counter in stores.

“The reason we’ve got a black market is because people are bringing in these products, taking a chance that they won’t be apprehended, they’re landing them for about a dollar each and they’re selling in shops for 20 to 25, so this is a massive incentive for that to continue.” Public health professor

The program also examines the push into e-cigarettes from the big tobacco companies which has caused concern at the highest level of government.

“For me, it’s absolutely clear that as smoking rates come down, Big Tobacco is trying to drive up in a rearguard action, the use of nicotine-based vaping. In my mind, these are merchants of death.” Former health minister

Supporters of vaping argue the regulation surrounding the product is a major impediment for people relying on e-cigarettes to quit tobacco smoking.

“It’s idiocy that smokers who want to switch from deadly cigarettes to much safer vaping have to jump through hoops to do that, but if they want to keep using deadly cigarettes, they can get them very easily from 20,000 outlets. That’s crazy.” Vaping advocate

“You are inhaling a cocktail of chemicals, particularly the flavouring chemicals that we have no idea what the long-term consequences of that are going to be.” Public health professor