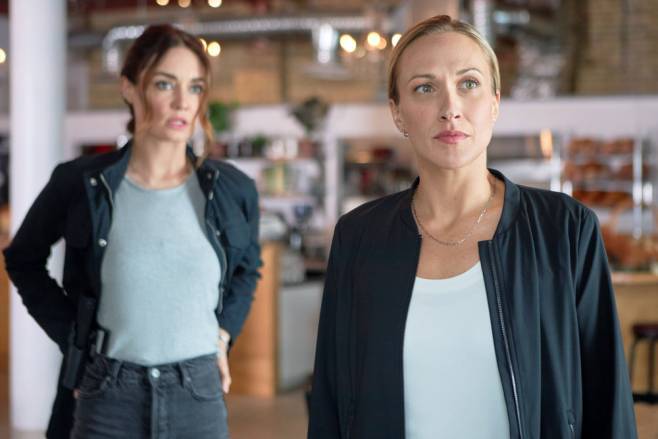 When her fiancé Carl Wiseman (Derek Kun) is murdered, Francesca “Frankie” Quinn (Mallory Jansen), a private investigator in St. Benedict, Minnesota, finds herself in the middle of a personal case. The case is given to Detective Wyn Rousseau (Dylan Bruce), who also happens to be Frankie’s ex.

They both have sharp minds, and they once had a passionate relationship that went south. Frankie left the police department’s forensics division after their breakup and started working as a private investigator. She remains uninvolved and lets Wyn handle the situation, but after a week passes with no resolution, Carl’s sister hires her to crack the case. The investigation forces the former couple to work together to decipher a sinister plot and expose the murderer.