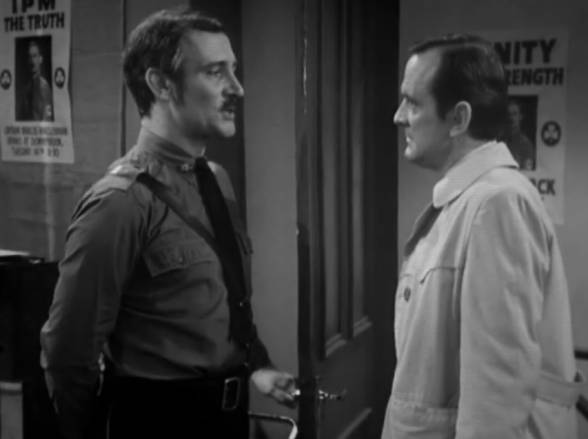 In the tense season one finale Anybody Here Seen Kelly Gamble is in the Irish Republic looking into a case of possible fraud involving a very valuable painting. The man involved just happens to be a Captain MacLennan, the leader of the dangerous and very Hitler-esque Irish Patriot Movement. The painting is believed to have been taken from the country home of MacLennan’s father just before his home was destroyed in a fire.

The man caught in the middle is Ignatius Kelly the art dealer who led Gamble to the painting. He knows MacLennan and his “greenshirts” are after him so goes underground. Gamble needs to find him before MacLennan’s men do.

Of course it’s all mainly a chance for Liam Redmond to take centre stage as the eponymous Kelly.

The MacLennan – Green Shirts thing is quite odd, they are clearly modelled along the lines of Oswald Mosley’s Blackshirts, still it does give Patrick O’Connell to get a bit of fisticuff action in when he takes on some of the Green Shirts. 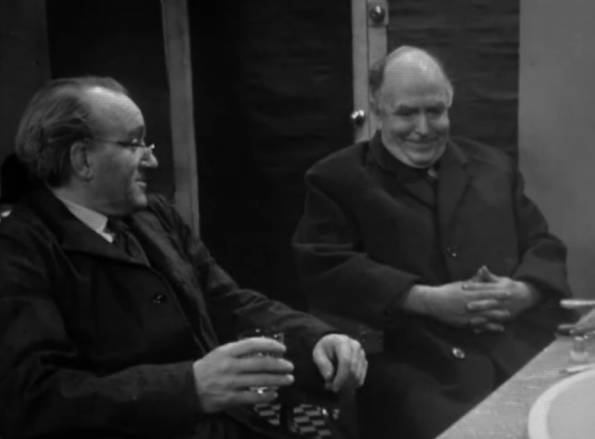 Liam Redmond (right) as the difficult to find Kelly. Gerald James is seen left as barber Joe Alexander. An old friend of Kelly’s – he doesn’t want any trouble from the Green Shirts.