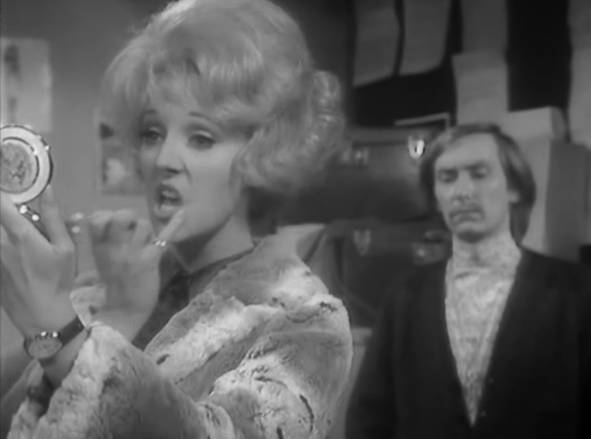 In The Price of a Copper, the very last episode of Fraud Squad, Gamble has been on the trail of the vicious Dysart brothers for some time. They have a “business empire” that on the surface is legitimate but everyone knows are involved with every racket going. When the pair buy a racehorse. Gamble is convinced the horse is a ringer. When Gamble and Hicks begin their investigation the horse dies in rather mysterious circumstances and then can’t be found. Things get really out of hand when the brothers Dysart kidnap Vicky. Gamble is sure the Dysarts have taken her and storms to their headquarters and loses his temper big time. Gamble is sure that Detective Inspector Jim Kent of the regional crime squad may be involved in covering for the Dysarts.

A very strong final episode, full of action and fast of pace. Sergeant Hicks gets the chance to shine when she goes undercover as a brassy wife trying to get her hands on a picture with her boyfriend, with Gamble as her unhappy husband – it’s all a ruse to try and get a look through photos taken at a race meeting. All very funny as the pair show off very broad brummie accents. Meanwhile the excellent pairing of Donald Burton and David Calder as the Dyarts also brings a bit of levity to the proceedings.

Like all of the episodes of the series though, it’s a stand alone effort. The only continuity throughout the series has been the occasional mention of Gamble’s ex-wife and daughter. The series does end on something of a downbeat though as a shootout with the Dysarts leaves Kent dead and Hicks turning away in despair. 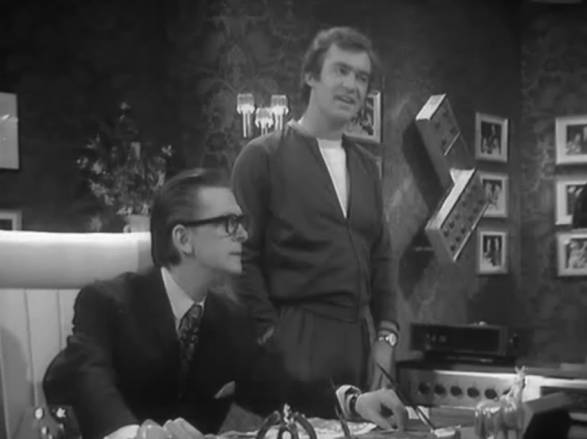 Donald Burton and David Calder as the crooked Dysart brothers.