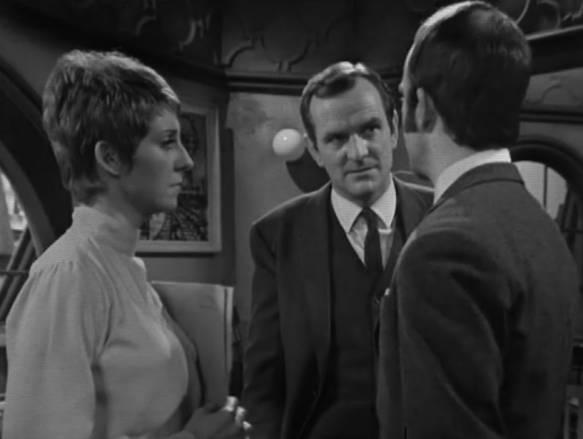 In Turbot on Ice the police catch local petty villain Frank Turbot just after he has pulled off a house break-in. The bag he is carrying contains four thousand pounds, the bag also has an address on it (and we know that it’s where he stole it from). The middle aged lady claims to have no knowledge of the money.

Gamble and Hicks get involved when they learn that the woman, Jessie Stewart, is the chief wages clerk at prominent local business G.T. Hollisters and sons. Gamble would like to take a look at company’s accounts for the last two years. Young Derek Hollister, who has taken over the running of the company from his ageing father, won’t let him so Gamble goes over his head to Hollister’s father (who is still managing director).

Young Hollister is none too impressed and tells Jessie, who is adamant that her account books are perfect, that she should sue for defamation of character. In fact when the accounts are found to be perfect he is determined to make Gamble pay the price.

A first rate opener. A strong script from the ever dependable Robert Holmes and a solid introduction to the two leads. Gamble is shown to be forceful where he needs to be and playful in his working relationship with Hicks, who is clearly quite new to the Fraud Sqaud at this stage.

Guest stars include Andrew Sachs complete with Midlands accent that is as dodgy as his famed Spanish one and Derek Fowlds is the young Hollister who is happy to stand by Jessie and there are also small roles.

The title comes from a phrase uttered by Gamble to Hicks about the fact that Turbot hasn’t been charged yet.