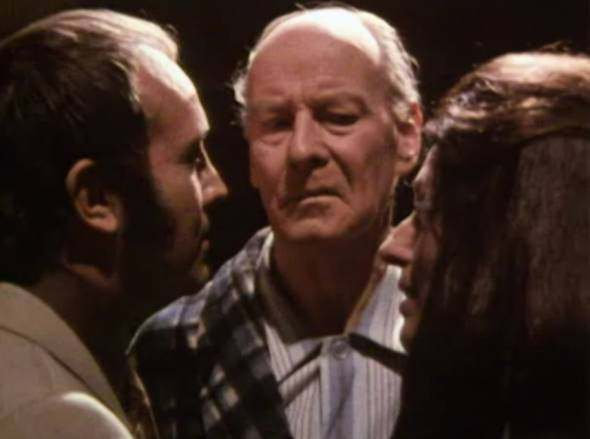 In Bed and Breakfast Anthony and Olive Ashworth are travelling along a country lane late at night when they find a secluded house. Anthony takes a bed and breakfast sign from the boot of his car and nails it to a tree outside the house.

The couple then knock on the door of the house, which is owned by elderly couple Fred and Daisy Cartwright, and demand to be let in. Fred and Daisy are adamant that they are not a bed and breakfast but of course we know that already. They do feel sorry for the Ashworth’s though, especially when Olive begins to get hysterical and allow them to spend the night in the spare room.

Things get stranger when a chauffeur then turns up with an elderly man in tow. The man, an invalid paralysed from the waist down after an accident, turns out to be Olive’s mother. Of course it turns out that the Cartwrights were responsible for the old man’s injuries. They did use to run a guest house in the north of England and Olive’s father had fallen down the stairs. Thinking him dead they had taken him out and dumped him in a ditch.

The further twist in the final moments is excellent too, having spent months searching for the Cartwrights the Ashworth’s and the old man have decided not to turn them into the police but instead intend to leave the old man behind to be cared for by the Cartwrights! 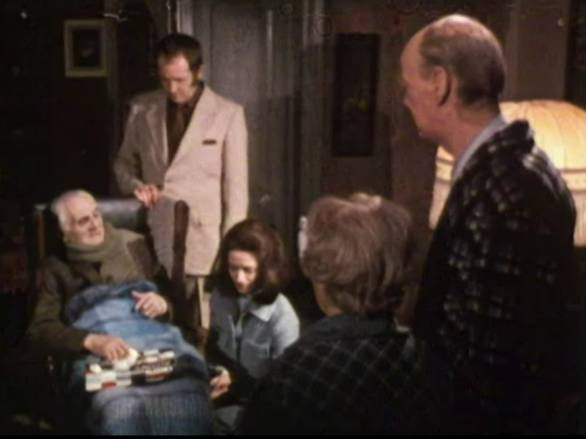 Series: The Frighteners Episode 9 of 13