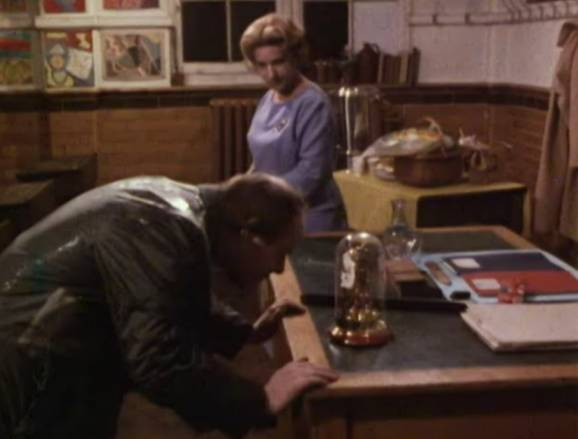 In The Classroom Miss Smith, a much loved school teacher, is about to retire after a long career. Only it turns out that one former pupil, Machin, didn’t like her much at all. On her final day, after everyone else has left he arrives and begins to strongly berate her for the terrible time she gave him at school. His actions become more menacing when he smashes the carriage clock she was given by her former pupils. He has brought along medication that he intends to force Miss Smith into taking to make her overdose.

Another intense episode, Miss Smith manages to turn the situation around by making Machen retreat back into his childhood, in the end it is he who takes the tablets…. 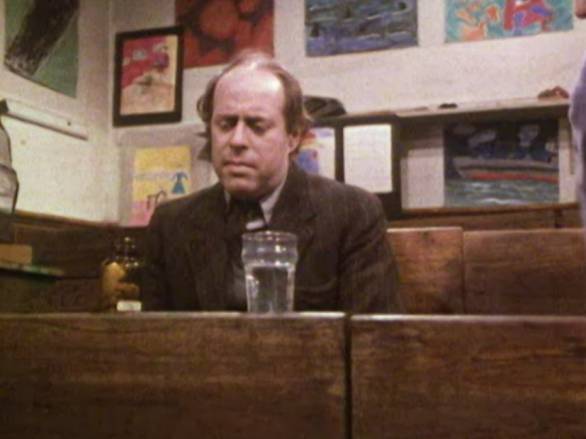 Series: The Frighteners Episode 11 of 13