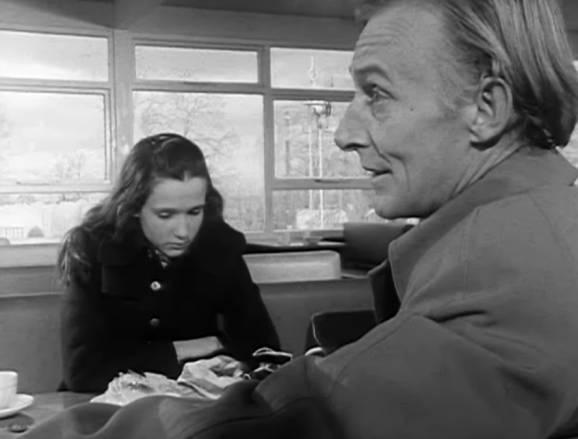 In the decidedly sinister Have A Nice Time at the Zoo, Darling (the final episode in the The Frighteners anthology series) teenager Ruth pays a visit to the local zoo after school. She is followed by a middle aged man who seems to know rather just too much about her. As her visit goes on it becomes obvious that the man is her estranged father, desperate to remake contact but she makes it plain she doesn’t want to know.

It’s not a typical episode until the very closing moments. Having been told by Ruth that she doesn’t want him back in her life her father, after watching her walk away, hangs himself in one of the outbuildings. Meanwhile on the way home, having been picked up by her mother, Ruth remarks how good it is just the two of them and how they don’t need anybody else.

Gillian Bailey who plays young Ruth is best known for her semi-regular role on classic teen drama Follyfoot and despite being much loved for his roles as Catweazle and the Crowman from Worzel Gummidge, Geoffrey Bayldon actually does creepy very well. 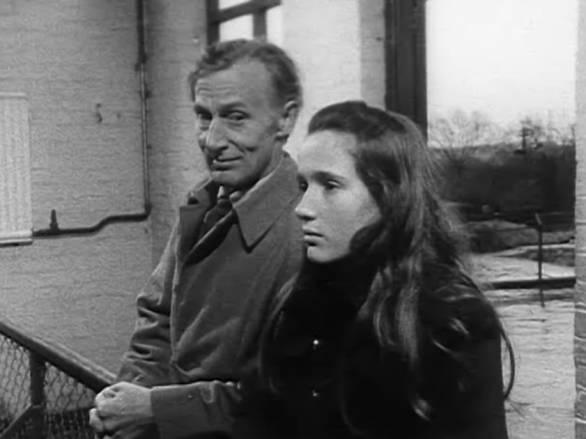 Series: The Frighteners Episode 13 of 13