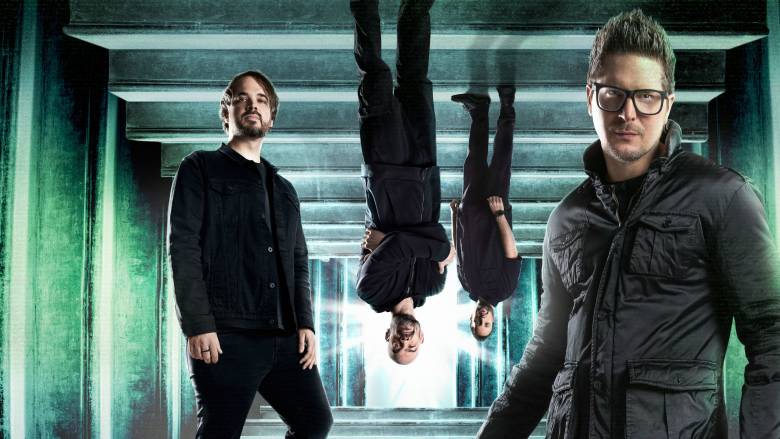 Horror At Joe Exotic Zoo: The cat’s out of the bag – the Joe Exotic Zoo is haunted. As the world has recently witnessed, the Greater Wynnewood Animal Park has a history marred by tragedy and drama. But believe it not, there’s another chapter in this sensational saga. Park staff regularly experience mysterious and unexplained activity, which they’re sure is connected to the park’s ill-reputed events. Now, the Ghost Adventures crew – Zak Bagans, Aaron Goodwin, Jay Wasley and Billy Tolley – have been called to investigate, breaking new ground with the first-ever paranormal investigation inside the Oklahoma park. Travel Channel’s two-hour special, Ghost Adventures: Horror at Joe Exotic Zoo, premieres Thursday, October 29 at 9|8c. It’s an undertaking like no other for the group, teeming with shocking stories and discoveries, cadaver dogs and undeniable paranormal evidence.

"This investigation was wild from beginning to end. We went into it thinking we knew a little about this story already, but there were so many surprises at every turn," said Bagans. "It’s a super-charged location and it felt surreal to be there. This special has all the drama, characters and twists that you would expect in any Joe Exotic story. But just when you think you’ve seen and heard it all, there’s more."

Something sinister lurks in the shadows of this park. In exclusive interviews, Jeff and Lauren Lowe, who purchased the zoo from Joe Exotic in 2016, reveal rumors and stories about the notorious grounds, including allegations of murder. Employees also believe the spirit of Travis Maldonado, who tragically and accidentally killed himself inside the park, still lingers and appears in the form of a dark mist. As Bagans and the crew speak with park staff – including Erik Cowie and Allen Glover, well-known characters from the documentary – they learn new details about the park’s story, and experience unexplained encounters that creep even these guys out: apparitions, shadow figures, voices and mysterious light phenomena.

It’s a beast of a case and the team calls in the big guns for assistance. Engineer Bill Chappell will conduct the biggest audio experiment he’s ever performed for an investigation, spanning the park’s entire perimeter. To investigate the alleged claims of buried bodies, they bring in a forensic team to search the property for evidence. The park is awash with activity from the get-go, and it’s inside Joe Exotic’s former cabin that they capture astonishing evidence that may prove Travis’ spirit is still around. But when the cadaver dogs get a possible hit for human remains and the investigation gets shut down by police, the real digging begins. As the dogs return a second time and the Ghost Adventures team captures three distinct EVPs in the areas of question, they’re convinced there is more to this story.