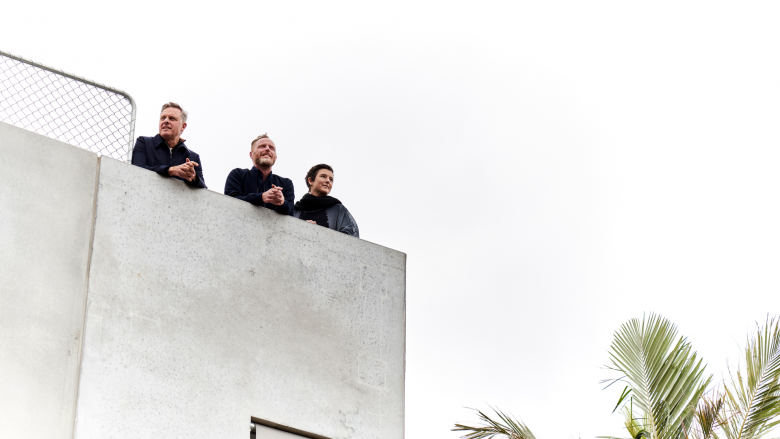 North Melbourne, VIC: Living in the inner city is now out of reach for many due to rising property prices. But not for architect Ben and his artist wife Tania, who opt to use their imaginations and think outside the box when they decide to buy a tiny 64 square metre piece of abandoned land in one of North Melbourne’s seedier back lanes.

Their plans call for the construction of a three-story, three-bedroom, two-bathhouse with a sizable garden for the not-so-grand sum of $600,000. However, their limited resources stand in stark contrast to their imaginative plans. Ben is developing a ground-breaking technique for concreting that makes use of a massive robot and can turn plain concrete walls into towering works of art.

Even though it sounds like an intriguing concept in theory, putting it to the test in their own home is very risky. The pressure grows as the months drag on with the family crammed into a rental property while Ben polishes his master piece. Will his plans to turn concrete structures into liveable works of art ever come to fruition?

Hosted by leading Australian architect, Peter Maddison, each episode in the three-part series will feature a different approach to building a home in regional Australia. From the artistic brothers bonding over a spectacular one bedroom creation at Yackandandah, to a pair who are swapping out their life running a grand old Bendigo bed and breakfast for a bold new and dramatically modern enterprise, and the couple building a fire proof, sustainable, non-toxic house at Kinglake.