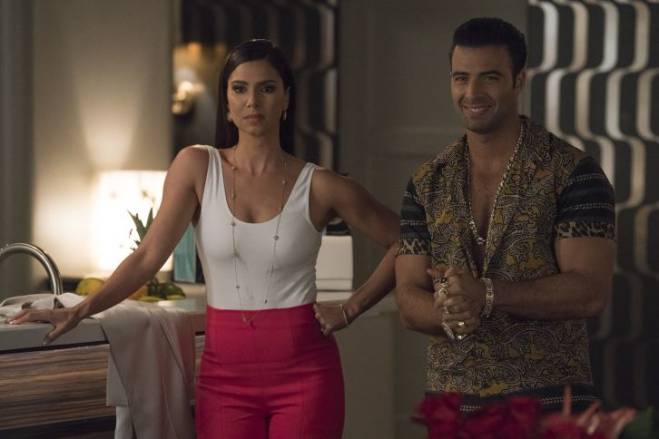 Smokeshow: Gigi attempts to step in to save the hotel after El Rey’s performance gets out of control. Meanwhile, Danny’s cover is blown by one of the hotel staffers; and Ingrid’s deception forces Javi to step up and take responsibility for his actions.

Written by Brian Tanen and directed by Ron Underwood.

The Country House: Part 1 – Mike and Michael purchase a bungalow in the country with five acres of land,...

Scratch Chef Showdown: Four chefs must make each component in their dishes entirely from scratch, like bread for their soup-and-sandwich...

Worst. Date. Ever.: As the house gears up for its Fourth of July party, Jules wants to be friends with...

Secrets Revealed: Jennifer and Margaret continue to fight with each other; Melissa confronts Danielle; Danielle discloses a secret about Teresa,...

Home is Where Your Spouse Is: The newlyweds slowly grow accustomed to life in their new homes as they hang...

Dos y Dos: An unexpected family reunion in Mexico exposes cracks in the happy façades both the Acosta children and...

Fragility: Davia works to find a way to make things right with Andre. Mariana is forced to confront her feelings...

The Bloody Footprint: Maurice Goins is a friendly neighbor who provides meals to other tenants in his apartment complex, but...