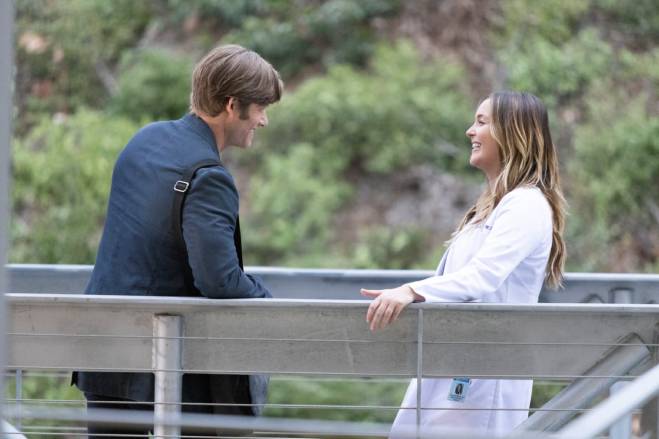 Everything has Changed: Grey Sloan Memorial has resumed its residency programme after an exhausting six months. As the attending surgeons work to restore the programme to its former splendour, a group of talented and aspirational young interns have been recruited. Nick and Meredith meet for the first time since Meredith turned down his invitation to move to Minnesota. Meredith is still serving as the acting chief.

Levi summons the courage to break the bad news to Jo; Bailey informs Richard that she is not yet prepared to return to work; and things become awkward when Link realises he has already met one of the interns. The new doctors are thrown into their first day of work dealing with injuries from a recent tornado with Amelia and Maggie’s assistance on the season 19 premiere.

“Everything has Changed” was written by Krista Vernoff and directed by Debbie Allen.

The doctors of Grey Sloan Memorial Hospital deal with life-or-death consequences on a daily basis — it’s in one another that they find comfort, friendship and, at times, more than friendship. Together they’re discovering that neither medicine nor relationships can be defined in black and white. Real life only comes in shades of grey.