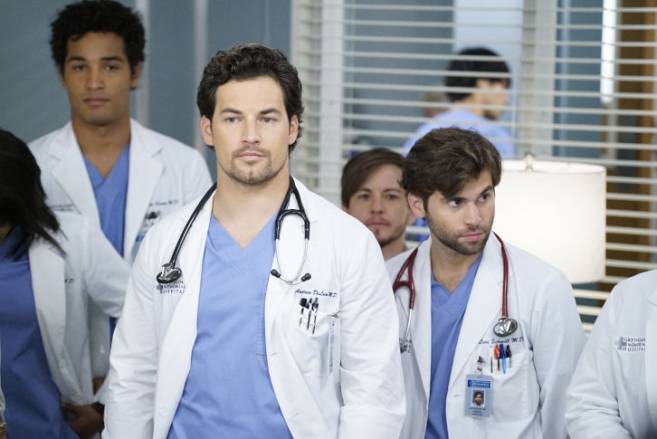 Let’s All Go to the Bar: Jo becomes a safe haven volunteer and gets a call that a baby has been dropped off at Station 19. Meanwhile, Meredith moves forward with her life after facing the medical board. Jackson takes a big step in his budding romance with Vic, while Bailey and Amelia swap pregnancy updates on the fall finale.

Written by Kiley Donovan and directed by Kevin McKidd.