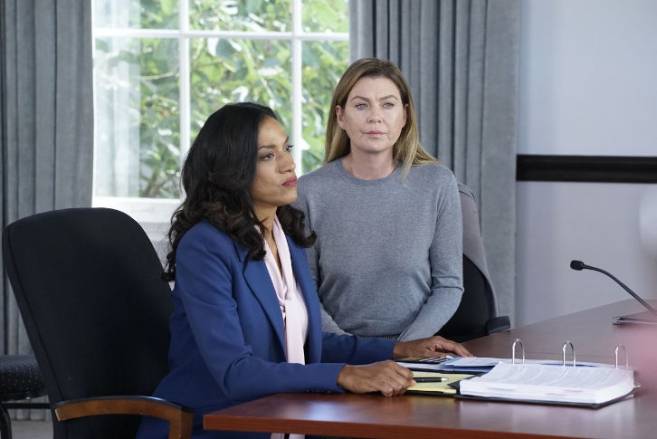 My Shot: Meredith faces the medical board as her future as a doctor remains uncertain, and she’s forced to reckon with her past in some challenging ways. Meanwhile, the interns are put to the test as they are each vying to be the most successful on their respective cases in the absence of some of the attendings.

Written by Meg Marinis and directed by Debbie Allen.