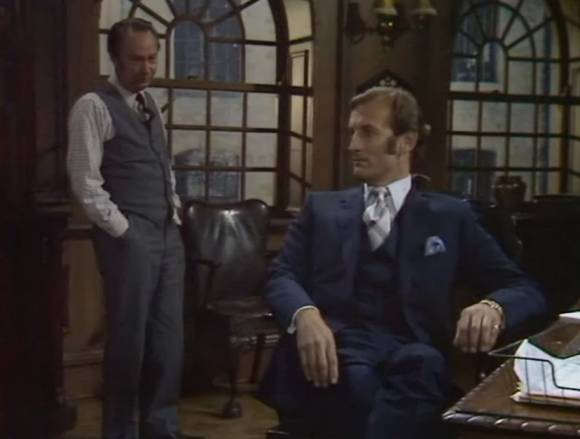 In Bow to the Lady Hadleigh is returning home from London on the train and shares a dining car table with Anne Hepton and her eight year old daughter Charlotte. He thinks nothing of it at the time but a later meeting with Anne will have a strong impact on him.

Meanwhile Aunt Helen is concerned that local brewery owner Dakin is about to retire and sell his shares. She also owns quite a few shares in the company and is concerned that if he sells out to Mercantile Brewers they will shut the brewery down.

Having had a disagreeable run in with Merton, the Mercantile’s front man, James decides to organise a syndicate to buy out Dakin’s himself. With £10,000 still to find he approaches his accountant Taylor who has worked with Hadleigh on several projects previously. However Taylor has just merged his company and his new associate just happens to be Anne Hepton who makes it plain they will not be lending James the ten thousand. 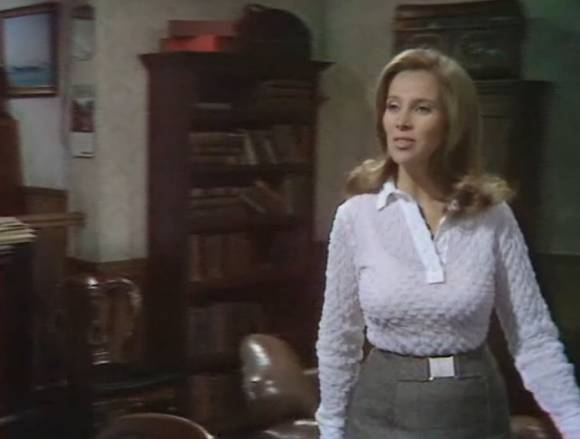 classic quote
“James, wear some of that smelly stuff. But not too much.”