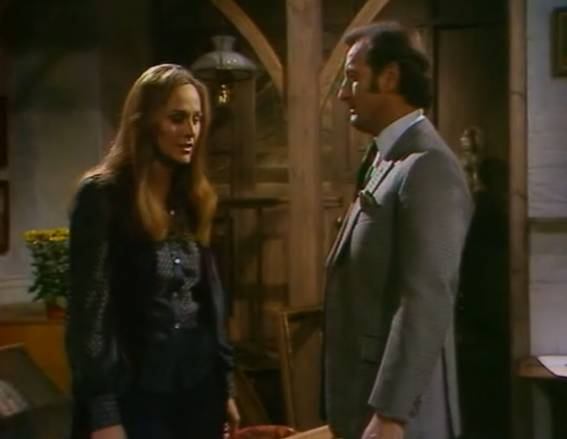 There is a general air of restlessness in Departures, Jennifer is clearly keeping something from James. During a weekend visit from Jennifer’s best friend Lois and her partner Tony (who is his usual boorish, resentful self) she reveals that she has been offered a teaching job for a year – in America. Hadleigh is caught in a terrible position. Jennifer doesn’t actually want to go to America but want’s to prove she is more than Mrs Hadleigh. James knows if he tries to stop her she will resent it forever.

Meanwhile Sutton is acting suspiciously and staying out until all hours. The secret of his behaviour is revealed by Tony, who has heard some gossip in the pub. Sutton is having an affair with the wife of Dr Drummond. The doctor, who is a good friend of Hadleigh’s, pays him a visit. It’s not the first his wife has been unfaithful. Drummond thinks his wife has some kind of mental affliction, she has been in and out institutions several times.

A strong episode from writer Eric Wendell, the tension in the Hadleigh’s marriage contrasting with the fiery but ultimately loving nature of Tony and Lois’s relationship. Adding some extra depth and another layer to Sutton’s character is his relationship with the Doctor’s wife.

In the weeks TV Times (1 Sep 73) there was a feature on class using Hadleigh as it’s basis, in particularly the differences between James, Jennifer and Charlie. There was also a two page fashion spread with Hilary Dwyer trying out various fake fur coats. She would not wear real fur and was surprised at the feel of the fake ones. 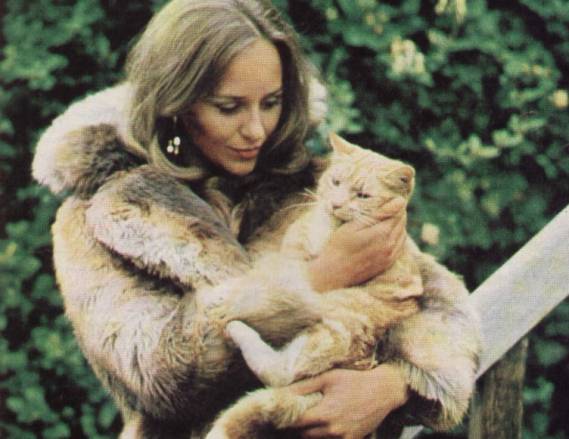 Hilary Dwyer did a fashion shoot for the TV Times looking at fake furs.

classic quotes
“Can’t you see if I stop you now, you’ll never be happy.”