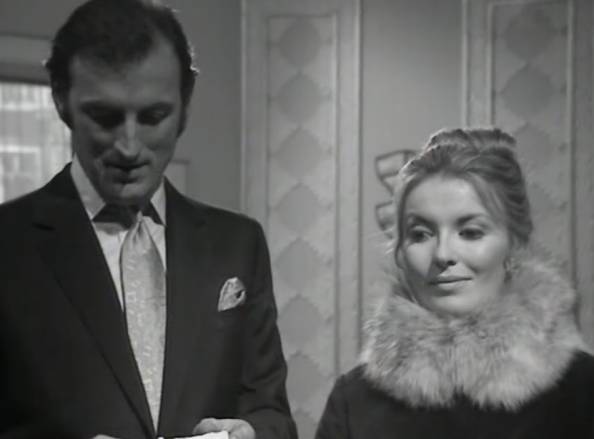 In season two finale Whose Life Is It?, ruthless American magazine owner Boris Press is in the country and planning a series of articles on the money men who really run the UK. Naturally those men are not keen. Closing ranks Hadleigh is asked by Lord Bascombe to act as the middle man when it come to dealing with Press.

Meanwhile, following the emotional upheaval of the divorce, Anne and James are planning a quite weekend away in Ireland but it looks like Press may well get in the way. Hadleigh’s world is further thrown by the reappearance of Sarah Alwyn. Hadleigh had become very smitten with Sarah in the episode Ring of Fire and following the death of her racing driver husband in an accident would have married her but she fled to Los Angeles instead.

The reappearance of Sarah really does put the cat amongst the pigeons, interestingly when Sarah asks him what’s been going on in his life James is quick to reply “nothing of significance” – Anne then turns up to muddy the waters further. When Hadleigh is unable to make the trip to Ireland Anne decides to still go (she doesn’t want to let an old friend down) but ends up returning early and quickly realises that James’ feelings for Sarah are more than just casual. In a fabulous final third James loses both of the women in his life. Sarah heads back to New York and Anne decides to take over a new branch of her accountancy firm in Bristol. 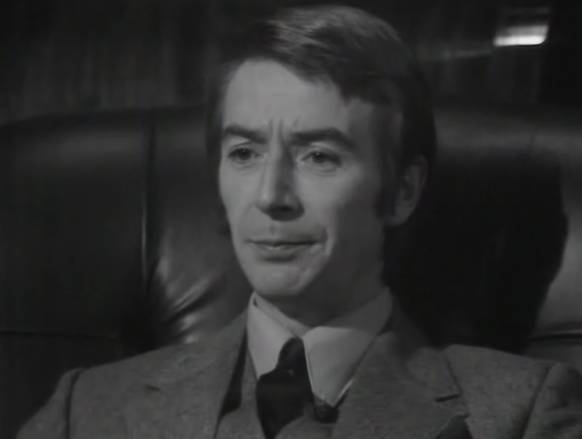 Finally after receiving a Dear James letter from Anne, the season closes with Hadleigh making the decision to pursue Sarah to New York. It would be over two years before Hadleigh returned to ITV.

As well as another appearance from the always lovely Hannah Gordon there is a prominent role for John Carlisle as Lord Bascombe – Carlisle was then appearing in popular ITV crime drama series New Scotland Yard.

classic quotes
“Oh Sarah, why did you leave?”
“You let me leave.”

“I’ve just discovered whose life I’m supposed to leading – mine.”