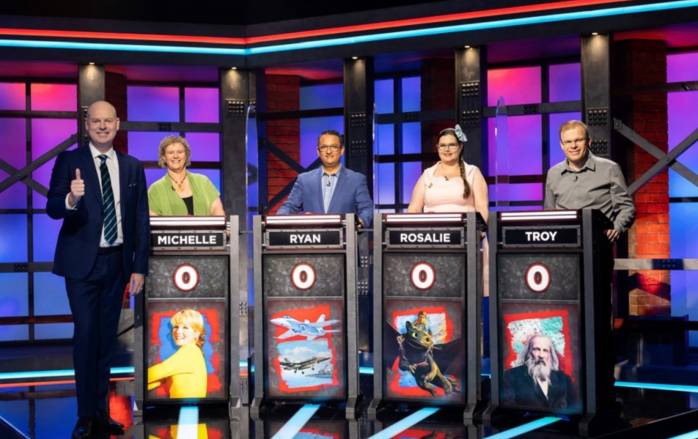 In Wednesday nights edition of Hard Quiz (8.00pm ABC TV) Tom Gleeson puts another four contestants under the grill as they battle it out for the Big Brass Mug. Tonight’s topics: singer Petula Clark, the How to Train Your Dragon films, the F/A-18 Hornet fighter jet, and maybe the geekiest topic of all: the periodic table of elements.