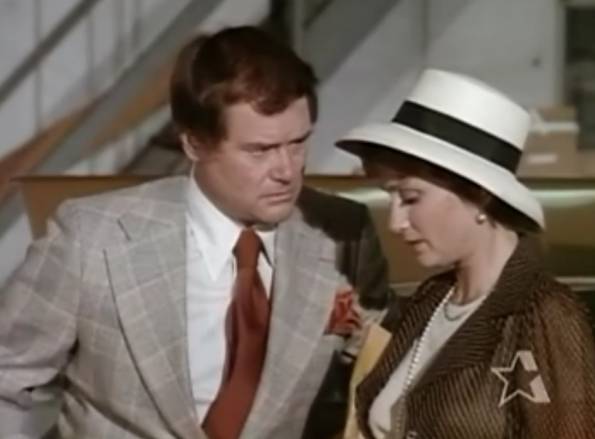 In One For The Road, Harry is asked by lawyer Jennifer Rock to investigate a hit and run. The twist is that she may well be the person who was driving the car. The victim is a young girl who was out with her boyfriend. He isn’t keen to give evidence because he is on parole.

All the evidence points to Jennifer but Harry thinks she is being framed by someone, possibly a man called Joe Becker who has been getting the heavy treatment from Roth in a recent case.

When Harry learns that a man was definitely driving the car, he knows that Jennifer is innocent. Rather than Becker it’s someone much closer to home where the solving of the case lies.

Jennifer has a very definite drinking problem, Harry takes her under his wing somewhat and the episode closes out with attending an Alcoholics Anonymous meeting.

Carol Rossen has the lead as Jennifer Roth but the two biggest names are Larry Hagman as her disturbed husband Bernie and Robert Loggia as Joe Becker.