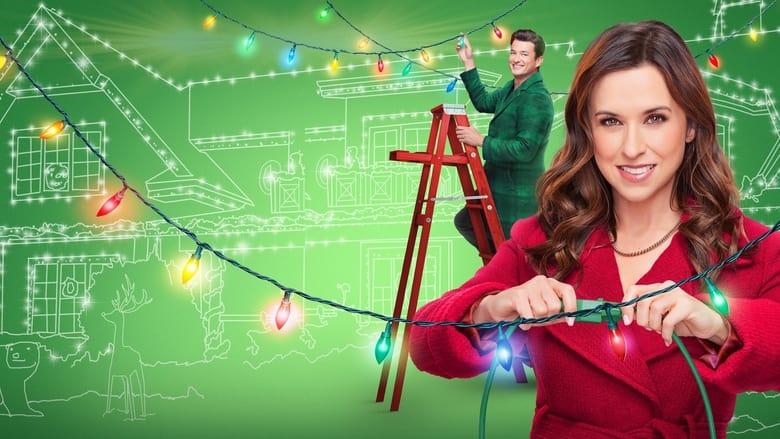 Today Saturday November 26, 2022 the show Haul out the Holly airs an episode called Premieres on on Hallmark

Following a breakup before the holidays, Emily (Lacey Chabert) visits her parents (Peter Jacobson, “Fear the Walking Dead,” and Carrie Morgan, “Holly & Ivy,”) at their Evergreen Lane home where she grew up. Upon her arrival, she discovers that they have left her at their home alone for the holidays while they go on vacation. Soon, the HOA they once founded and spent the majority of their time with will literally come knocking. Evergreen Lane’s HOA, now led by Emily’s old friend Jared (Brown), wants Emily to take part in its many Christmas celebrations.

Jared starts issuing citations each time Emily’s décor doesn’t adhere to the neighborhood’s strict standards, despite the fact that Emily would love nothing more than to curl up alone with Christmas movies and cocoa. Emily agrees to assist, perhaps persuaded by Jared’s charms and as a way to get rid of the citations.

She soon begins organising and decorating with Ned (Tobolowsky), Pamela (Peterman), and Mary Louise (Travolta), the eccentric and competitive neighbours of Jared and her parents. Although Emily has never been certain whether she believes Christmas is simply the biggest to-do list ever or is actually enjoyable, maybe this year she will.

“Haul out the Holly” is from Hallmark Media. Alexandre Coscas and Michael Goldstein are executive producers. David Wulf is producer. Maclain Nelson directed from a script by Andy Sandberg.