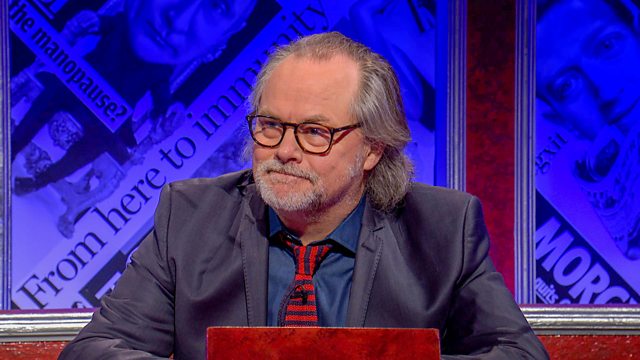 Based on the week’s news, Have I Got News for You is fronted by guest hosts and features two regular team captains, Paul Merton and Ian Hislop. Each week the show invites two guests to cast a jaundiced eye over the week’s news, resulting in a fast flow of anarchic, spontaneous and hugely entertaining wit and humour. Guests typically represent the world of politics, comedy, show-business and journalism, and are often themselves particularly newsworthy participants. The final touches of Have I Got News for You are put together only hours before recording, allowing guests to comment on the late-breaking news stories of the day.