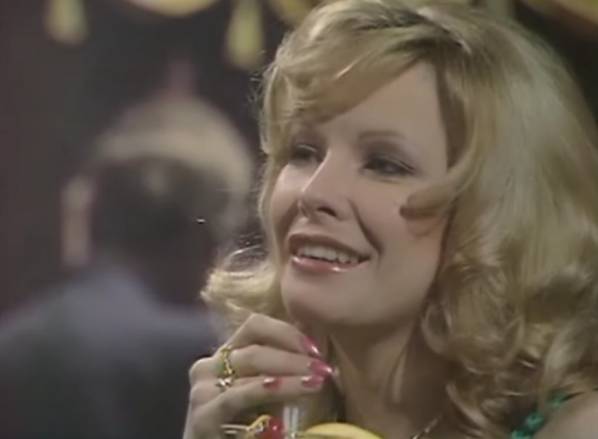 In Hazell Settles The Accounts Hazell is working undercover as a barman in a Soho club. One of the employees is stealing from tough owner Jennings and he wants to know who. Meanwhile Hazell’s trouble really starts when he is asked to take home drunken accountant Dobson. Hazell drops him off but Dobson then goes missing. Hazell then finds himself harassed by a pair of thugs, Graves and Creasey, who desperately want to know where Dobson is…

Guest star Pamela Stephenson was actually married to Nicholas Ball at the time, she was just about to hit the big time with a main role in Not The Nine O’Clock News. She met Billy Connolly on this series and would later end up married to him.

The whole guest cast is fabulous actually with John Rhys Davies and a playing to type Alan Lake as a pair of heavies. 70’s heavy Patrick Durkin plays club owner Jennings, with Harry Landis as his bar manager whilst Freddie Jones is the less than sober Dobson. 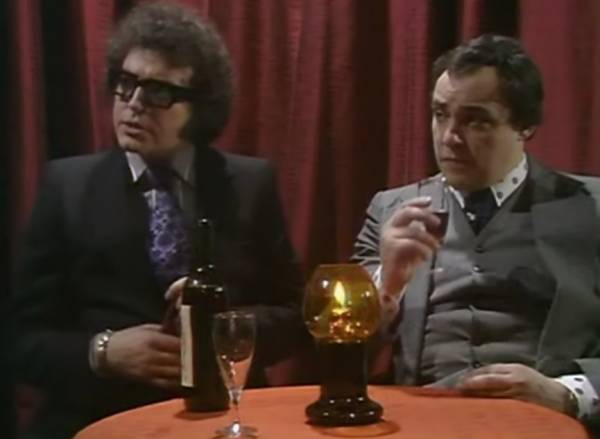 A fabulous pairing of Alan Lake (left) and John Rhys Davies as the two heavies looking for Dobson.