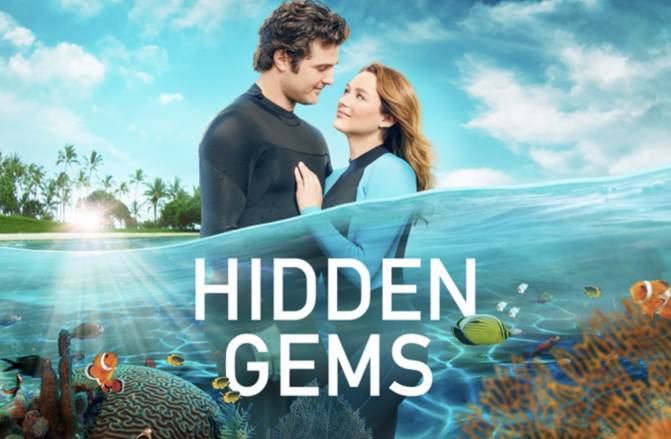 Addie (King) is the maid of honor for her sister’s destination wedding in Hawaii. During a paddleboard yoga session, Addie loses the most cherished family heirloom: her grandmother’s ring, in the ocean. Unwilling to accept this misfortune, Addie hires a local dive instructor, Jack (Mirchoff), to search for her lost treasure. Lone wolf Jack immediately clashes with Addie when she insists that she search with him, given she is Scuba certified and had previous dreams of a career in marine science.

After they come to an agreement, Jack serves as her own personal tour guide of the island’s hidden gems. Will exploring the picturesque, romantic settings bring the two of them together or will opportunity be lost at sea?