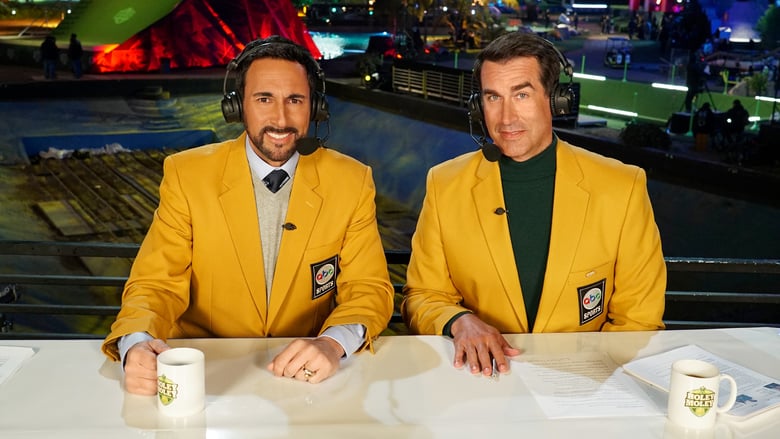 Double Dutch Riggle: This week on the "Holey Moley" course, an Olympic golfer takes a professional musician to Uranus and a "small but mighty" law student fights for her footing against a pageant queen on Slip N’ Putt. Across the course, a former NFL player and a used car salesman struggle to focus while World Champion sumo wrestlers battle it out on The Distractor. "The Maleficent of mini-golf" jumps the shark against the owner of a golf supply company on Putt the Plank. Later, after sticking the landing on Polcano and going for it on Gopher It, two finalists meet on Double Dutch Courage, and a shocking hole-in-one earns one contestant the final spot in the grand finale and the chance to putt for $250K.