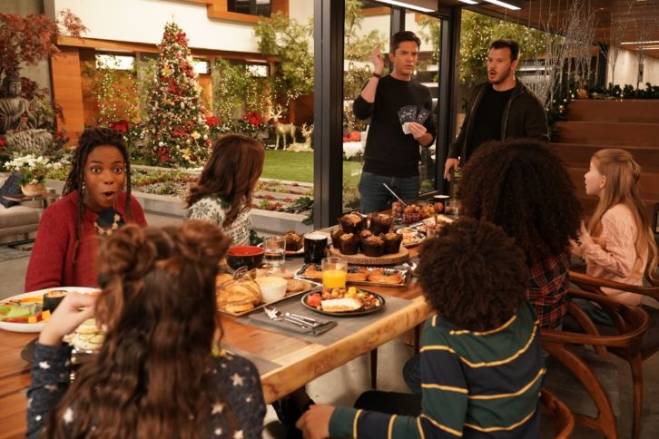 One member of the Hayworth family faces unexpected financial difficulties during the most wonderful time of the year. The Hayworths are reminded that nothing beats being home for the holidays with the help of the entire brood and some holiday magic.

“Santa Suit Rental, $25 Per Day” was written by Jason Belleville and directed by Shahrzad Davani.