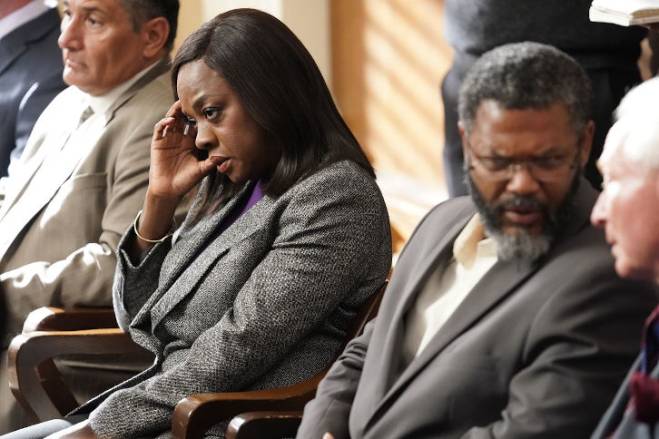 I Want to Be Free: After taking the stand during Nate Senior’s murder trial, Bonnie’s world is turned upside down when a mysterious accident leads her to a hard realization. Meanwhile, the students compete for a large cash bonus during the final exam where they must come up with the best defense for a conspiracy-to-murder charge.