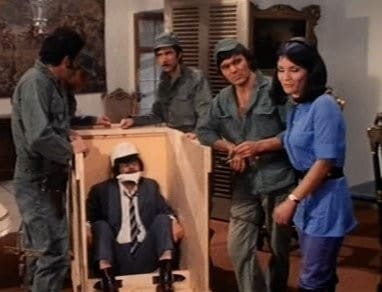 A Kiss for a Beautiful Killer: The King becomes a pawn in a revolution – but does he really hold the key to the secret both sides are seeking so desperately? Why should the Government of a South American republic be so anxious to get Jason King to its country?

Grodd Friended Me: Feeling overwhelmed with all the changes since Crisis, Barry (Grant Gustin) conducts an experiment that goes awry...

Mortal Khanbat: With Sara (Caity Lotz) still away from the Waverider, the Legends find a new Encore with Ava’s (Jes...