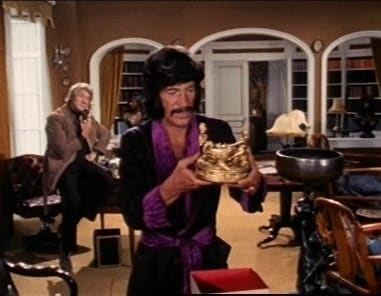 All That Glisters Part 2: The search for the missing Cellini antique switches from Paris to Rome, and Jason King finds that chasing gold can lead to certain death.