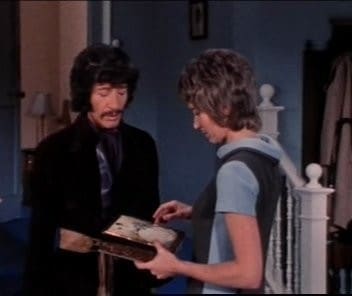 Buried in the Cold, Cold Ground: It’s always a chancy business to give a lift in a car to a pretty girl hitch-hiker and even chancier to give one to a released prisoner. Jason King finds the plot for his next Mark Caine novel when he does so!