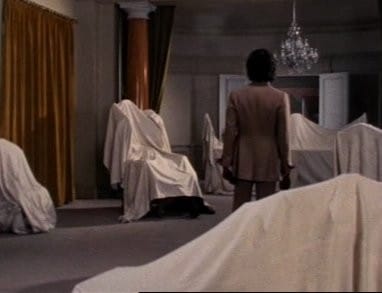 Chapter One: The Company I Keep: Dolce Vita-type parties, blackmail and murder are the ingredients of the latest Mark Caine book Jason King is writing – but everything he creates is actually happening. Has he suddenly become clairvoyant?