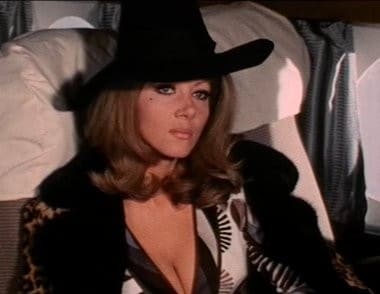 Nadine: A beautiful girl may be able to set a trap for a man’s heart – but it takes more than beauty to bemuse the wits of a man like Jason King! Crooks who seek to use him as a dupe provide him with a glamorous companion.