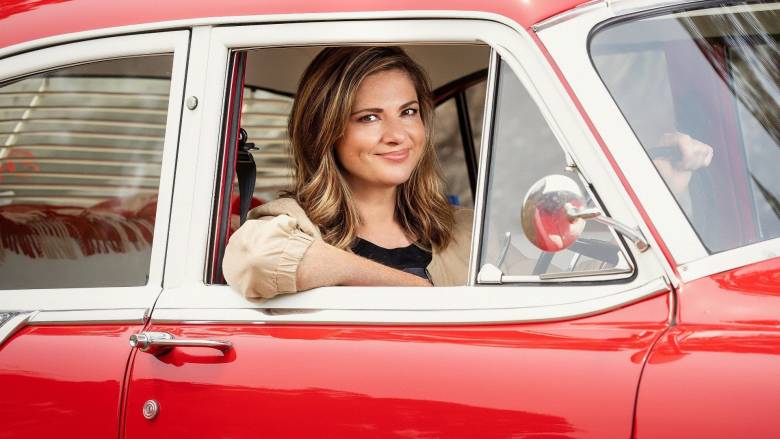 The creative force behind the Indigenous dance company Bangarra, Stephen Page, takes Julia to the Brisbane suburb of Mount Gravatt East, and the four-bedroom housing commission property that the Page family called home for over fifty years.

Home videos capture the fun Stephen and his eleven brothers and sisters had dressing up, staging performances on the laundry roof and entertaining the whole street. It is also the place where Stephen witnessed the struggle and disadvantages faced by his parents, and the tragic death of his oldest brother.

Julia and Stephen then visit Stephen’s primary school and, via the back seat of a delightful 1967 Safari Chrysler Valiant Station Wagon, his high school. These were places where Stephen first identified and experienced racism, and where he started to find his love of directing and choreography.

Next it’s off to Sydney where, at a little church hall in the suburb of Glebe, Stephen learned his craft at the Aboriginal Islander Dance Theatre. At the Redfern PCYC, Stephen tells Julia about the artistic fervour and the tight community that lead to the creation of Bangarra’s early ground-breaking shows.

At the Bangarra Dance Company Studios, Julia sits down with Stephen for an emotional and uplifting discussion about his career achievements, dealing with trauma and loss, the strength of his family and what the future may bring.

Julia Zemiro travels around Australia to take some of her favourite people down memory lane. Joining her on the road are well-known faces from the worlds of comedy, entertainment, arts and sport.