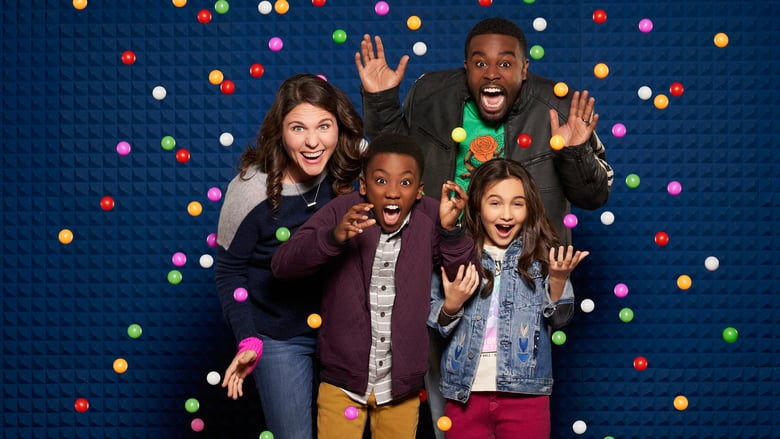 The Birthday War: Just Roll With It blends improvisational comedy with a family sitcom to seize an audacious opportunity that allows the studio audience to vote on the direction of key scenes, throughout the filming, while the actors are backstage. When the actors return to the stage, they have no idea what’s coming at them. A feat of planning and physical production each episode, the comedy series was created and is executive produced by Adam Small and Trevor Moore.

At unpredictable intervals unknown to the cast or audience, the scripted action is suddenly interrupted by the sound of a foghorn. The actors are sequestered backstage while the studio audience uses electronic voting devices at their seats to select which of the three comedic scenarios they would like to see take place next. After votes are cast, the crew quickly resets and the actors return to the stage to continue the unscripted scene, improvising throughout it.