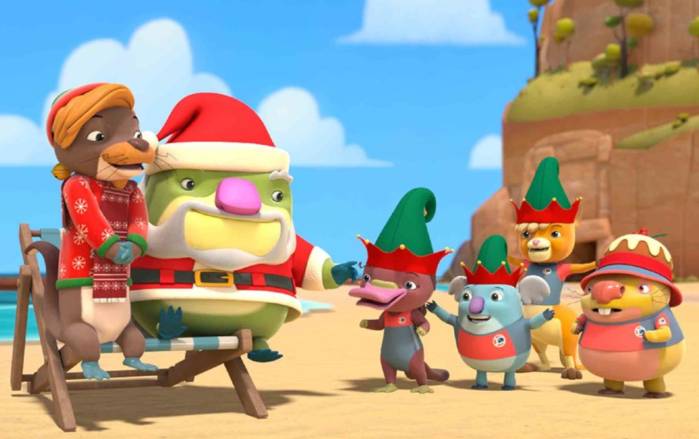 A homesick Ghërkinn misses the winter Christmases he is used to, which just won’t do as the cadets get ready for another exciting Christmas at Kangaroo Beach.

The cadets set a new goal for themselves: to “stuff Ghrkinn full of Christmas cheer” by imparting to him all that they know about a bright Australian Christmas.

The cadets, while still making sure it’s the best Christmas, get caught up in their attempts and learn some important lessons about how not to use rescue equipment.

This special episode, which includes three brand-new songs, water safety advice, and holiday cheer, is sure to please family audiences this festive season.

The talented ensemble of children, along with Kitty Flanagan, Matt Hardie, and Rupert Degas as the lifeguard, return to voice the cadets.